It’s Not Just About Business

We also want to give something back to the country and make a difference locally for people who have very little going for them. That is why we contribute to ‘Supporting Carol’.

Carol is a symbol for all mentally and/or physically handicapped children and young adults in Uganda who need care and guidance but are not provided with it because parents and/or relatives cannot afford it.

Carol Nanziri’s Story
Carol is not only a symbol – she is a real person. I visit Uganda regularly for my work related to Xclusive Young Plants. My former colleague Robina Sempa is Carol’s aunt. She was the one who told me Carol’s story.

Carol Nanziri was born on the 2nd of February 2006 as a normal child, within a family of five children. When she was a year and a half, Carol started getting fevers and was admitted to hospital. She turned out to have cerebral malaria. This is the most malignant and dangerous form of malaria. She was given medication, but even so, went into a comatose state that lasted for two weeks.

When she regained consciousness, her mental and physical health had deteriorated severely and rapidly. In short, she couldn’t learn to walk, talk and feed herself. She was also not potty-trained. She has been on medication for a long time and has been examined by speech therapists, physiotherapists and psychiatrists. In addition to all the physical defects, she was diagnosed with autism. She can now walk, but she is still not potty-trained and is unable to groom and feed herself.

It became an increasing (financial) task for the family to care guide and care for Carol. Pampers are as expensive as special education. She had to be watched all day long as a result of having learned to walk. And because she was confined to home, she wasn’t receiving an appropriate education. She wasn’t really learning anything.

She is now in good hands of the Dorna Center for Autism in Kampala. This center was founded by Dorothy Nambi. This passionate woman has been championing disabled children for years. The budget is kept low and there are no overheads. Dorothy runs her center with six woman who supervise a maximum of thirty girls and boys 24/7.

My $1000 contribution per year enables Carol to be able to stay at the Dorna Center for Autism. She receives guidance and various forms of distraction for three semesters and is at home with her family during the fourth semester. Carol has come alive ever since she started going there. She can’t do much but that what is within her capabilities is offered to her and she is able to take it on.

There are more ‘Carols’ in Uganda who could use support. If you would also like to support a ‘Carol’, I can help you get in touch with Dorothy. You can also donate materials such as: a large screen for classroom ‘education’, diapers, everything that has to do with sanitation, soap, toothpaste and so forth. 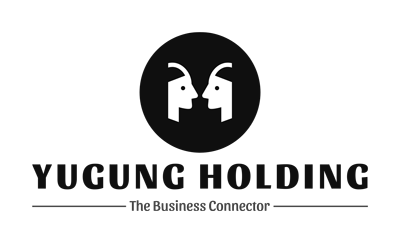